Kalima Blockchain : One of the most accommodating blockchains for developers

Kalima Blockchain : One of the most accommodating blockchains for developers

Kalima, a layer 1, third generation blockchain, is a fast-growing ecosystem that will enable enterprises, developers, and startups to build the future of Web3 Enterprise and Data Governance applications, including IoT (Internet of Things) data’s, solving real-world problems.

Kalima’s decentralized network of permissioned blockchains (PrivaChains) allows users to independently govern, manage, and monetize their data, as well as create their token for smart-rewarding systems.

Designed as a very modular concept, Kalima gives developers the possibility to create decentralized applications (dApps) fit for specific needs, hosted on PrivaChains. From data notarization, to decentralized finance (DeFi), tokenization (NFTs), and data monetization, Kalima was designed for those dApps to be created as a mean of generating new business models or improving existing ones.

Kalima’s system has already been chosen by enterprises for implementation in multiple real-world use cases. This success can be attributed to the simplicity Kalima offers to the developers within these organisms.

Kalima Blockchain being offered to the public broadens the horizon in terms of applications for Kalima developers and users.

How is Kalima built?

Kalima’s blockchain technology was developed in-house, by the Kalima developer team, in a way that offers more utility, modularity, and scalability than any other Blockchain for enterprises & IoT project.

The infrastructure is composed of the Kalima MainChain and a decentralized network of independent permissioned blockchains called Kalima PrivaChains.

Each Kalima PrivaChain is independent with its own governance and has the ability to connect with other Kalima PrivaChains or with Tezos, the Lightning Network, and soon with Polygon and Cosmos hubs.

This network of blockchains is Kalima’s way to help developers and businesses adopt blockchain technology at an industrial level. Blockchains in the Kalima Ecosystem are permissioned blockchains, where only predetermined nodes can see the ledger and participate in the consensus.

This multichain approach solves transaction speed issues, brings smart contracts to the edge, and in general allows PrivaChain owners to have independent governance of a blockchain, with all of the Kalima advantages, and without having to develop it from the ground up.

This opens an all-new world of possibilities for blockchain enterprises applications.

The goal of the Kalima SDK is to allow developers to easily create custom dApps from scratch. SDK-based blockchains are built out of composable modules, most of which are open-source and readily available for any developers to use.

Kalima SDK uses standard languages and is compatible with Linux, Windows, Android, iOS, and macOS. An easy-to-use, flexible API is one of the cornerstones of Kalima Blockchain.  Well-defined APIs are essential for Kalima Blockchain to support the many use cases that users can develop.

APIs are open source to guaranty the openness of the project. The core of the Kalima technology source code is only available to “Consortium Members”, as a way to prevent uncontrolled forks which could complicate the governance and create security issues. However, the ecosystem’s governance, the “Kalima Blockchain Consortium”, could change in the future.

In addition, APIs are designed to be easy-to-use, so that beginner developers can write code on Kalima Blockchain without trouble.

Here are the available APIs on Kalima Blockchain:

Get started with Kalima Blockchain Here

Kalima blockchain enforces business logic through smart contract code, which is constructed as a pure function that either accepts or rejects a transaction, and which can be composed from simpler, reusable functions. The functions interpret transactions as taking states as inputs and producing output states through the application of (smart contract) commands and accept the transaction if the proposed actions are valid. Contracts define part of the business logic of the ledger: nodes will run contracts inside a sandbox.

Learn how to develop a smart contract node

Learn how to deploy a smart contract node

Developers can dive into tutorials to get started and take a more detailed look at Kalima Blockchain. These tutorials will walk you through code examples to translate Kalima concepts into practice.

Why build on Kalima Blockchain

Kalima is a fast-growing ecosystem that will enable enterprises, developers, and startups to build the future of Web3 application, solving real-world problems.

As infrastructure providers, it was paramount for Kalima to give absolute freedom, full flexibility, and independent governance to those building on our network. Kalima being fast, cost-effective, low energy consumption, and highly scalable, our users are able to tailor the solution to their specific needs, creating, expanding and improving their business models.

One of the main features enabling this value creation is client-side smart contracts. Kalima is one of the few Blockchain for enterprises projects that offers this option, which is the capacity of the client to design their own smart contract model, essentially meaning that each PrivaChains will be interacting with data differently.

Kalima users will be able to use the KLX, Kalima’s native token, within their own dApps and PrivaChains, creating new possibilities in terms of rewarding and monetization. With an open-source API available in most programming languages, building with Kalima is made easy.

The KLX is also used to and receive developer grants from Kalima. Indeed, the earlier someone builds on Kalima, the more they will be rewarded. Not only will the first 1084 deployers of a PrivaChain get rewarded in KLX for being early adopters, but Kalima kickstarts its ecosystem with a Grants Program, as well as Hackathons with prizes in KLX.

The grants program will see a big portion of the revenue from token sales be poured into internal and external developers creating dApps on the Kalima ecosystem, incentivizing the growth of our network.

Hackathons organized by Kalima will see the first 5 places be rewarded in KLX, with the top position earning 10 000 euros worth of KLX.

With that, it is important for Kalima’s developer community to have a good grip on how to program the applications they need. Kalima offers a complete set of tools for building dApps and for launching enterprise blockchains in the form of PrivaChains.

Join Kalima on Discord to discuss with the Kalima Community, or if technical support is needed. 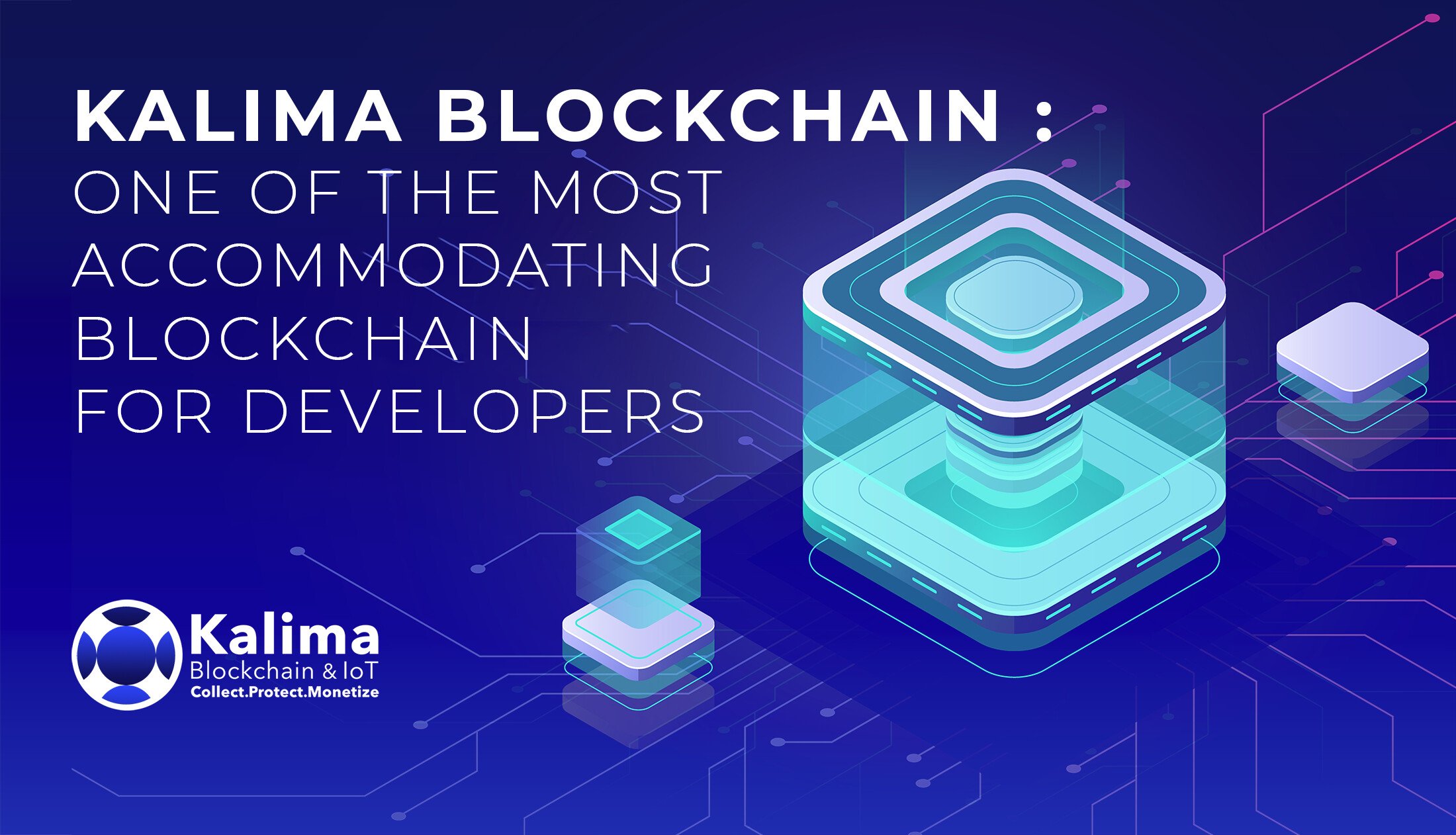 The Future of Gold-Backed Cryptocurrencies

How to Avoid Losing Crypto on an exchange

From P2E to AAA Experiences: The Evolution of Web3 Games

BudBlockz (BLUNT): The Promising ERC-20 Token That Will Dominate The Ethereum Ecosystem

From Zero to Five: CoinEx’s Self-Improvement

How Crypto Payments Are Revolutionizing The World

How to add unlockable content to your NFT collection

Prime Brokerage for the Digital Age

Futures up to 100%. Trading on the secure platform

Earn up to 40% Annual Yield with Staking

How to defend yourself against job automation

How to Use Voice Assistants For Your Business