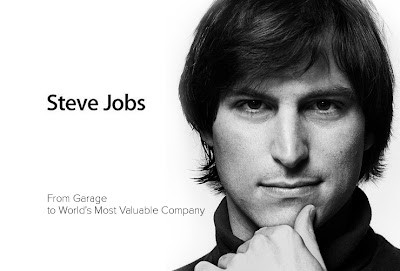 In what is perhaps the biggest show of remembrance for him since his death, the Computer History Museum has just launched an online exhibit completely dedicated to former Apple co-founder and CEO Steve Jobs. Jobs, as many of you know, passed away back in October, a great loss for Apple and the world.

The exhibit, known as “Steve Jobs: From Garage to World’s Most Valuable Company”, features a plethora of photos and descriptions of objects from the museum’s permanent collection. In addition to that, visitors will find vintage footage of Jobs from his younger years and Apple’s humble beginnings.

One thing of particular interest in the exhibit is a 22 minute video of Jobs from 1980. In the video Jobs talks about the early days of Apple and, at one point, after citing some examples of how Apple computers were being used in agriculture and schools, Jobs confesses that he and co-founder Steve Wozniak “had absolutely no idea what people were going to do with these things when we started out. As a matter of fact, the two people it was designed for was Woz and myself because we couldn’t afford to buy a computer kit on the market.”

In a statement from the Computer History Museum’s Senior Curator Dag Spicer, “In Jobs’ own words, we hear how luck as well as skill played big roles in Apple’s founding. We also see how focused, articulate and convincing Jobs could be, even at this early stage.”

The story also runs through Jobs’ entire life via pictures and allows visitors to see historic documents like one of the newsletters of Jobs and Wozniak’s famed Homebrew Computer Club. Visitors are also able to look through confidential memorandum outlining Apple’s public offering plans, as well as its original business plan for the Macintosh.

There are quite of few gems in this little collection for you to look around at, especially if reading Steve Jobs’ biography didn’t fully satisfy you. I highly recommend checking it out if you are a fan of Apple, Jobs himself or simply the story of what two ambitious minds can accomplish.

London Massage
We have 3987 Installers, Technicians and Engineers stationed in nearly 1000 locations worldwide to serve you.

Greater Revenue Through Systems of Engagement

13 Reasons All Our New Clients Use (and Love!) Bill.com